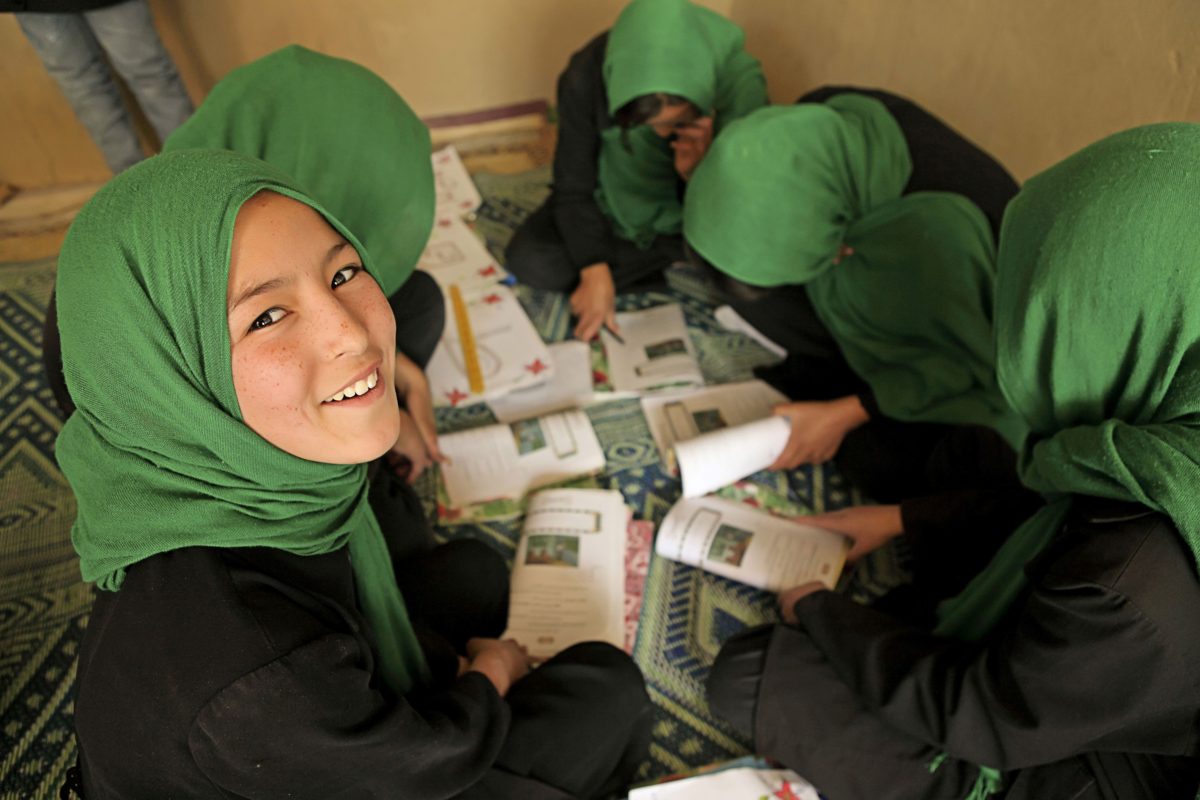 The Immunization Costing Action Network (ICAN) is a research and learning network for increasing the visibility, availability, understanding, and use of immunization delivery cost information. The ICAN is working with countries to build capacity around the generation of costing evidence and to improve the interpretation and translation of this data so that it is used in country decision-making processes and informs planning and budgeting. ICAN is supported by the Bill & Melinda Gates Foundation.

As more low- and middle-income countries transition to self-financed immunization programs, governments need accurate and reliable cost information to ensure they mobilize adequate resources to meet coverage goals, address challenges of health equity, effectively manage the introduction of new vaccines and the implementation of campaigns, and achieve efficiencies. However, cost data is often of variable quality, hard to compare, and is difficult to access and use by policymakers, program planners, and other global and country-level stakeholders. Our goal is to help planners and decision-makers generate, access, understand, and use evidence on the cost of delivering vaccines.

ThinkWell completed a systematic review of over 17,000 articles and reports presenting immunization delivery cost data for a variety of vaccines, delivery strategies, types of cost analysis, and low-and middle-income country settings. The purpose of the review was to answer the question “What are the unit costs of vaccine delivery across different low-and middle-income countries and through a variety of delivery strategies?” To make the data accessible and easy to understand, ThinkWell developed the Immunization Delivery Cost Catalogue (IDCC) and methodology note, analytic report, and how-to user guides. ThinkWell also published the methods and findings in Vaccine: X.

The ICAN is comprised of four-member countries – India, Indonesia, Tanzania, and Vietnam – with country teams that include health economist researchers and immunization managers and planners from Ministries of Health. The country teams have conducted costing studies that explored the cost of delivering vaccines through different delivery strategies to diverse geographies and to distinct target populations. ThinkWell and John Snow, Inc. (JSI) facilitated knowledge sharing around effective strategies for generation of cost evidence and its use in decision-making processes and in routine policy and planning.

Immunization campaigns are increasingly used to improve coverage and decrease morbidity and mortality from vaccine-preventable diseases. Underfunded campaigns can result in a low impact and thus are an inefficient use of resources. Accurate financial planning is required to ensure that campaigns achieve coverage targets, but evidence of what it costs to conduct campaigns is limited, somewhat outdated, and varies greatly. The extent to which cost variation is driven by differences in costing study methodologies or campaign operations is not clear. To address this issue, the ICAN is developing a standardized methodology accompanied by a costing tool, which will be tested and refined during three immunization campaigns in 2019-2020, with dissemination of the guidance and tool in 2020. 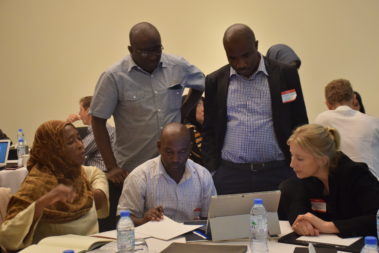 Evidence on immunization delivery costs is essential for countries to better advocate, plan, budget and make programmatic decisions to improve the sustainability and performance of national immunization programs. However, delivery cost data is fragmented and of variable quality, making it difficult for policymakers, planners, and other stakeholders to understand and use.

ThinkWell completed a systematic review of over 17,000 articles and reports presenting immunization delivery cost data for a variety of vaccines, delivery strategies, types of cost analysis, and low-and middle-income country settings. The purpose of the review was to answer the question: “What are the unit costs of vaccine delivery across different low- and middle-income countries and through a variety of delivery strategies?” The reviewed covered the period from 2005 to 2019. To make the data accessible and easy to understand and compare, ThinkWell extracted unit costs from the articles and catalogued them in the Immunization Delivery Cost Catalogue (IDCC). To help interpret the data, ThinkWell developed a methodology note, analytic report, and how-to user guides. ThinkWell also published the methods and findings in Vaccine: X. 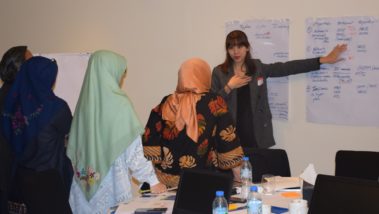 ICAN’s four-member countries – India, Indonesia, Tanzania, and Vietnam – generated cost evidence to address challenges at the top of their immunization financing agendas to ensure program and policy relevance. Each country team included health economist researchers, immunization managers, and planners from Ministries of Health. Technical facilitators from ThinkWell and JSI helped guide the country teams in generating, interpreting, and translating cost evidence to ensure its use in country decision-making processes, fundraising and advocacy efforts, and routine planning and budgeting.

What are the costs of delivering the Measles-Rubella (MR) vaccination in India?

This study is estimating the cost of delivering the measles-rubella catch-up campaign that took place from 2017 to 2019 in India, by collecting and analyzing primary costing data from blocks in four states: Gujarat, Himachal Pradesh, Assam, and Uttar Pradesh. The costing information may be used by the Government of India, international agencies, donors, and researchers for planning and budgeting of future vaccination campaigns. The study is being implemented by the International Vaccine Institute, with oversight and technical guidance from ThinkWell.

What are the costs of delivering vaccines using different delivery strategies in high coverage areas in Indonesia?

The study used ingredients-based costing to retrospectively estimate the full financial immunization delivery costs incurred by the government at the district/city, sub-district, and village levels in 2016. School delivery was found to be least costly, followed by outreach, primarily due to high volumes. Facility-based delivery was most costly due to low volumes. There was a strong relationship between cost and volume across districts and cities: as the number of doses delivered increased, the cost per dose decreased. Study findings will be used by the Ministry of Health and BAPPENAS to inform the National Medium-Term Development Plan, and the Health Operational Cost Guidelines for subnational annual budgeting and planning. Results were presented at the Joint Appraisal and Total System Effectiveness workshops in 2019. This study was implemented by the Universitas Indonesia and the National Institute for Health Research and Development (NIHRD), with oversight and technical guidance from ThinkWell.

What does it cost to immunize children up to 18 months of age using the current mix of delivery strategies in rural and urban areas in Tanzania?

The study used ingredients-based costing from a government perspective to retrospectively estimate the full, economic and financial immunization-related delivery costs incurred at the facility, district, region, and national levels during the period July 2016 to June 2017. The cost per dose was found to be lowest at rural facilities with nomads in their catchment population, followed by urban facilities, and then rural facilities without nomads. Outreach delivery was more than three times as expensive as facility-based delivery, but the magnitude of the difference varied immensely by geography. Vaccine delivery costs represented 16% of the total immunization program cost. Study findings will be used by the Tanzania Ministry of Health (MoHCDGEC) to update national guidelines to support Comprehensive Council Health Plan (CCHP) budgeting for operational activities, and to inform the next five-year National Health Plan and immunization comprehensive multi-year plan (cMYP). This study was implemented by the Ifakara Health Institute, with oversight and technical guidance from ThinkWell.

What are the costs associated with introducing Tetanus-Diphtheria vaccine and ceasing delivery of Tetanus-Typhoid vaccine in Vietnam?

This study estimated the costs of introducing tetanus-diphtheria (Td) vaccination of 7-year-old children into the routine immunization program, to replace the current delivery of tetanus vaccine (TT) for women of childbearing age and Td campaigns for outbreak control. School-based delivery was found to be cheapest and outreach and campaign delivery to be most expensive. Study findings helped the Vietnam Ministry of Health understand the budget impact of introducing Td. When compared with the cost of the current TT program from 2018-2025, the findings showed that a cost saving of US$6.9 million could be realized if introducing Td in schools, compared with a cost saving of US$4.2 million for facility-based introduction. An additional cost of US$2.3 million would be incurred over that period if a combination of facility and outreach delivery would be used. The Ministry of Health is now piloting Td delivery through school- and facility-based strategies, leveraging the results of the costing study. This study was implemented by the Hanoi University of Public Health, with oversight and technical guidance from ThinkWell. 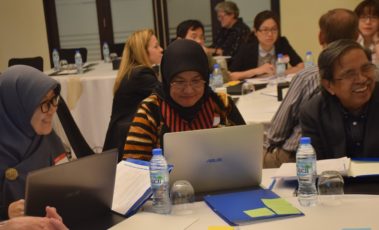 Campaigns which are not adequately funded can result in lower coverage and are therefore an inefficient use of resources. Accurate financial planning is essential for ensuring that campaigns achieve their coverage targets, but the evidence available on what it costs to conduct campaigns is limited, outdated, and varies greatly. The extent to which cost variation is driven by differences in costing study methodologies or campaign operations is not clear.

ICAN is developing standardized methodological guidance accompanied by a costing tool to estimate the cost of different types of campaigns for a variety of vaccines. The methodological guidance will make it easier to generate evidence on what it costs to conduct a campaign, and ultimately improve countries’ financial planning processes, as well as donor policies on supporting campaigns. The methodology will address variation in campaign delivery strategies, their degree of pre-planning, and their use of different types of healthcare workers.

ThinkWell is testing the methodology and tool during three immunization campaign costing studies in various settings in 2019-2020. The three studies will look at campaigns delivering a variety of antigens in different countries, collecting costing information both during campaign implementation and retrospectively. The first study costed the measles-rubella catch-up campaign in Sierra Leone, which was co-delivered with polio and Vitamin A supplementation and deworming tablets. The second study is costing the phased yellow fever campaign in Nigeria. 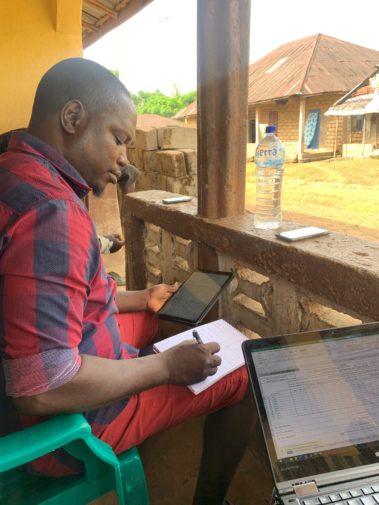 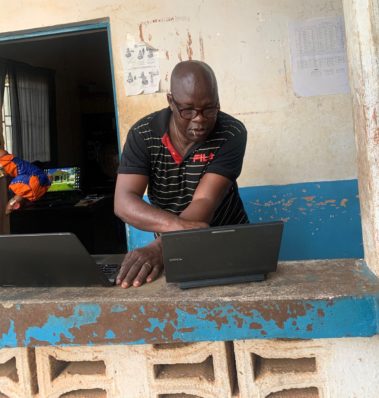 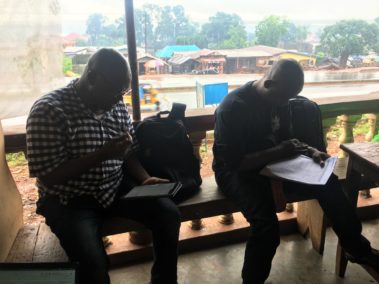