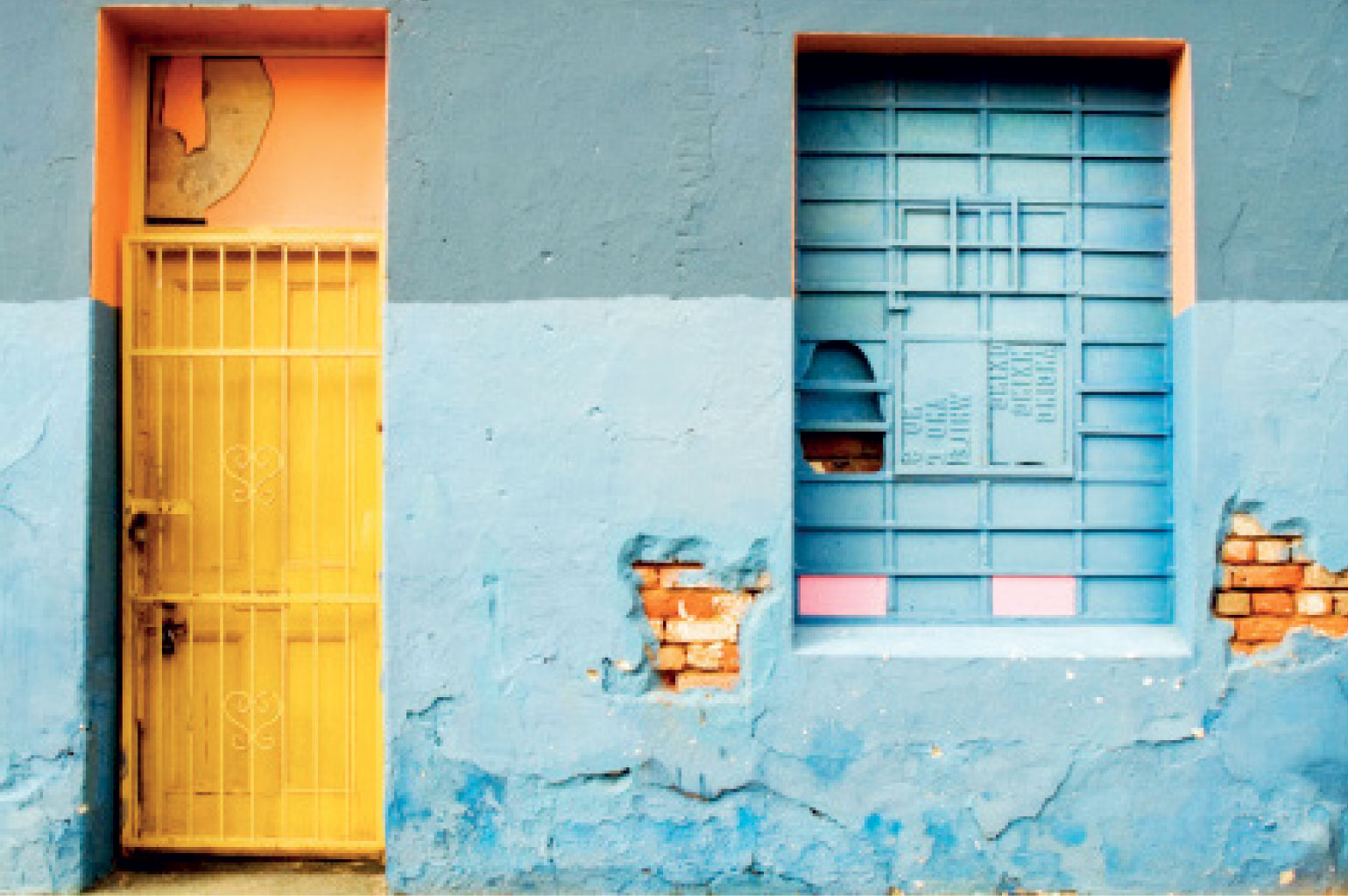 Ermae Manzano Planta is a BS Psychology graduate. She used to work for the Western Visayas, District VI Public Office assisting on community service, government allotted projects, medical assistance, and dental and medical missions, leading to a significant impact in addressing public needs.  Her portfolio of experience and background in extensive corporate social responsibility, including her stint as a Human Resource and Management Officer in a private hospital in Negros Occidental-Western Visayas, has groomed her further and equates her readiness in contributing to social health programs and business development initiatives.
Currently, she is working as a Junior Analyst on Momentum Private Healthcare Delivery Project (MPHD) focusing on exploring opportunities for capacitating private sector providers starting off with Family Planning services and participation in local government-supported health care provider network (HCPN) in Antique and Guimaras provinces.
Her commitment and enthusiasm to be a helping hand in the realm of the public-private partnership for health are paving the way for her dreams and aspirations.

Chayong Dizon currently works as the program assistant for the local team in ThinkWell Philippines’ SP4PHC Project. She provides administrative and logistical support to the team members as well as provides technical assistance in engaging with partners and other stakeholders in the field.

Before joining ThinkWell, Chayong worked as a research assistant on several projects in the academe and as a freelance technical writer on the side. She holds a bachelor’s degree in Literature and Management from the University of the Philippines Visayas (UPV).

During her university days, she started working in different NGOs (non-government organizations) and government agencies as a part-time technical writer and documenter, which eventually made her pursue developmental work following graduation. With ThinkWell, she aspires to practice and develop her skills in development communication and research. As part of the team, she envisions herself to be part of the community-wide effort to improve outcomes, whether in health or other fields.

Countries visited outside of the Philippines

Is her favorite number

(and counting) books collected over the years

Kristan Jela Tambio has several years of experience working as a project manager and public health researcher in government, academic, and private institutions. The projects that she has been involved in have ranged from health systems, migrant health, genetics, to infectious diseases. Her most recent stint as a project associate in a local NGO has been assisting the national government in its fight against COVID-19 through policy, strategy, and communications.
Jela holds a bachelor’s degree in Nursing from the University of the Philippines Manila, and is currently taking her Master’s in Health Social Science in De La Salle University Manila.  She is very happy to join ThinkWell as a project coordinator for the SP4PHC.

Harry Potter books to be passed down to my future children

George is a public health researcher and has taken on multiple development works on health systems strengthening, health financing, and health policy. He has assisted in the development of multiple benefit packages for PhilHealth for various conditions, specifically on rehabilitation packages for adults, ST-elevation myocardial infarction, mental health services, and common rheumatic conditions. At ThinkWell, he will be assisting PhilHealth in developing sound benefits and policies to guide and ensure the successful implementation of the many facets of the Philippine Universal Health Care Act.

seconds for my fastest 1km run

seconds to fall asleep or sometimes even less!

Celina Gacias is a young professional from the Philippines working at the intersection of data science and public health policy development. She has spent most of the past few years assisting the Philippines Department of Health and the country’s social health insurance, PhilHealth to generate evidence to support key policies for health financing. With ThinkWell, she will continue working with PhilHealth to improve data systems for health and enable provider-payment reforms.

Celina holds a bachelor’s in applied mathematics from the Ateneo de Manila University. She is fluent in English and Filipino. She currently resides in Manila, Philippines with her family and a Belgian Malinois.

Deo has worked on health systems research projects including evidence generation, research priority-setting, and program evaluation in areas such as maternal health and local governance. He has been part of teams that evaluated a nationwide training program for local government executives, developed a national agenda for health research, and scoped the evidence on health impacts of climate change in the Philippines.

Deo joined the ThinkWell team to help both local and national governments establish universal healthcare, primarily through financing. He sees UHC as a key adaptation of the Philippine health system to combat the projected impacts of climate change on health.

friends shown around the Louvre

Maria Yap is a physician by profession and a teacher and social development worker at heart. She became a Health Management and Organizational Development Consultant after she opted for an early retirement from the Ateneo de Manila University (Philippines) in June 2016. Together with former DOH secretary, Dr. Alfredo Bengzon, she co-founded the Ateneo School of Medicine and Public Health in 2007 where she was appointed Associate Dean (2007 to 2011) and subsequently Associate Dean for Planning and Administration (2011 to 2013).  The Ateneo School of Medicine and Public Health is the only learning institution in Asia that offers a double degree of MD-MBA and is currently among the leading medical schools in the Philippines. Maria was also the Director of the Health Unit of the Graduate School of Business of the Ateneo de Manila University from 2000 – 2014 and there she also started the MBA-Health program.

She spent the first ten years of her professional life as a social development worker, focusing on community-based health and health care financing, working with a university-based social development agency and eventually helped to set up the HEALTHDEV Institute, an institute focused on total human development, where she started as Program Officer eventually becoming its Executive Director until 1998. She is also actively involved in research and policy projects for the Philippine Department of Health and Philhealth, EPOS, Germany, WHO and ILO. Maria is a visiting lecturer in the Core Course and Weekend Seminars at the Master of International Health program of the Institute of Tropical Medicine and International Health of the Charité – Universitätsmedizin Berlin. She was also an advisor to Senator Teofisto Guingona III, the Chair of the Senate Committee on Health and Demography of the 16th Congress of the Philippines, 2013-2016.

Maria joined ThinkWell primarily to serve as Senior Technical Advisor in the Philippines.

implants in her body

child in her family

out of 81 provinces traveled in the Philippines

Since receiving his MD and MBA, Gelo has pursued his mission to heal and transform lives by catalyzing systemic changes in the health sector. Over the past three years, he’s engaged in various public health initiatives that range from research on sustainable supply chains in public health facilities; capacity building for primary care in remote areas; and developmental efforts to establish environmental health research, practice, and advocacy in the Philippines. Gelo joined ThinkWell as the private sector specialist for the Philippines team to help build solidarity across sectors to make universal health care a reality for Filipinos.

Houses built for poor families in his hometown

Push-ups completed in one go

Prior to ThinkWell, Helena Alvior worked for an NGO specializing in Bridging Leadership and Health Leadership and Governance for five years. She started in a capacity-building program for Barangay Health Workers, and Midwives and Nurses of the Rural Health Units. Helena leveled-up to handling a cohort of Municipal Mayors (Local Chief Executives) and Municipal Health Officers, coaching them in improving their local health system. When the Health Leadership and Governance Program (HLGP) was co-owned by the Department of Health (DOH), She was assigned to several regions in the country to facilitate and guide the technology transfer to the DOH regional offices and its partner Academic Institution. Helena also handled the capacity-building of the DOH staff in relation to their work in supporting the municipalities and provinces.

With ThinkWell, Helena is assigned to two provinces in the Western Visayas region, as well as the DOH regional office, to help facilitate and provide technical assistance for their Universal Health Care endeavors – applying the strategic purchasing strategy – especially in establishing their special health funds and their health care provider networks.